I have decided to write down my story of how wheat affected my health. I feel my message can benefit others who have arthritis. Here is my story about how wheat made my life unbearable!

At the age of 17 I was living with my parents in Ballarat, Victoria and I was attending a commercial college at the time.  On several occasions I awoke in the middle of the night and wanted to turn over, however when I tried to lift my left arm, I had a sharp pain in my shoulder and it felt like there was a big metal hook sticking into my shoulder.  It was painful, but I had to free up my shoulder, so that I could move my arm freely.

My father thought that it was rheumatism, and said that I had uncovered my shoulder during the cold night, however, I knew that that was not the case.  I was always conscious when I awoke and on the cold winter nights I would have the doona up over my ears all through the night.

SO MUCH WHEAT IN MY DIET…!

My mother was a wonderful cook and baked the most amazing cakes and slices every Sunday.  We would feast on these delights when they were freshly baked and there was always plenty left to enjoy some each day as well.

For breakfast I would usually eat two slices of toast and for lunch, another 2 slices of bread.  I arrived home before 4.00 pm and I’d usually be very hungry so I would either have a piece of cake or a sandwich.  Occasionally we would have a pasta meal and often after dinner, a piece of cake as well.  When you examine my diet at the time, you will see that I had a huge amount of wheat, but I never dreamed that wheat was what was causing the arthritis in my shoulder this early in life.

A CHANGE IN DIET

A couple of years later I left home the joined the Air Force and my diet radically changed.  I no longer had toast, but a cooked breakfast.  Lunch was also a cooked meal and the same at dinner time.  Occasionally I would have a dessert which contained cake, but not every day.  From then on, wheat was infrequent in my diet for several years.

BACK TO A DIET OF WHEAT AGAIN!

When I was 32 years of age, my in-laws visited for a two week holiday and to keep food costs down, we were eating quite a bit of bread and wheat meals.  I was now living in Cairns and it was the middle of summer, but again the pain in my shoulder flared up, the same as it had when I was 17.  I managed to figure out the cause, which was the extra wheat in my diet.  I decided to cut right back on my wheat consumption and kept a strict eye on how much I allowed myself daily.  My pain went away then for many years while I was minimizing my wheat intake.

In my late 50s, I decided to do some yummy (wheat) baking for Christmas.  My partner was not inclined to eat many sweet things and I discovered that my five year old son wasn’t much of a sweet tooth either, and I ended up eating most of it.

At first, I noticed that my fingers were getting stiff and within a few days my wrists and knees were stiffening up and then to my horror I awoke one night to turn over and could not believe what an effort it was to turn over!

My spine had become very stiff.  Before I did this baking, I had been going for daily walks with a friend who lived close by.  My house was at the bottom of a very steep hill, and at first I could only walk halfway up the hill, and I’d have to stop to regain my breath.  However after a few weeks, I was able to get to the top without stopping.  But when I got stuck into the Christmas slices, I found that again it was taking away my breath and I was needing to stop halfway up the hill.

That was a real wake-up call for me.  I realized that it was from eating the wheat and I again cut right back to minimal amounts of wheat.  My stiffness went and I was back to normal in a few weeks.

At the age of 62, I developed arthritis firstly in my shoulders, then my hips and knees.  It progressed really quickly and after sitting for only a few minutes, it would be a real effort to stand up because I was so stiff. 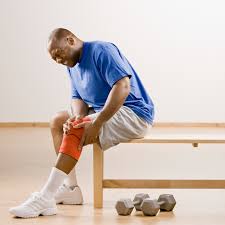 My knees were the worst affected by the arthritis and I was having to put a pillow between my knees, whenever I lay on my side. I had been unable to squat as my arthritis had affected my knees. At this stage I would never bend at the knees and to compensate, I would bend from the hips to reach down low.

My shoulders would make a dreadful clicking noise whenever I moved them in a circular motion.  Then, I could be walking along and suddenly my knee would dislocate and I would be in instant agony.

I then realized that I had to completely give up wheat as I knew that was what was causing the arthritis.

I had just started work as a disabled carer, so I started taking Ibuprofen tablets to help with the pain and stiffness until I was able to deal with it naturally.  My hobby since I was 21 years of age had always been learning anything and everything about natural health, vitamins, etc.  It was then that I came across an article about how turmeric can successfully help arthritis.

TURMERIC – IT HAS A VERY BITTER TASTE

Turmeric is very bitter and I couldn’t stand to take a decent quantity of it, even mixed  with other foods.  I bought some turmeric capsules from the health shop, but the store package capsules were so expensive. I decided to send away for empty capsules, I then bought loose organic turmeric from the market and made up my own capsules.  I took two capsules each morning and night and have been taking them ever since.

It took approximately 15 months before my arthritis symptoms healed and completely disappeared. I am now able to run up a series of steps with no knee weakness or pain whatsoever! I no longer have to sleep with a pillow between my knees, for support, and I no longer suffer any stiffness or disability from arthritis.

AVOID WHEAT, IS MY ADVICE

To avoid wheat, you need to check the labels on every food that comes in a packet, as even very small amounts of wheat can hamper the progress of your recovery from arthritis.

During my recovery, I ate only gluten-free bread, pasta, pizza, biscuits and cake.

If I relapsed and cheated, a couple of times during my recovery, by eating wheat cake or a couple of wheat biscuits, I would very quickly feel the effect and my fingers would start stiffening again!

I stayed away from wheat for a good two years! Every now and then, I allow myself the occasional wheat treat if I’m eating out or visiting, however, wheat is not a regular staple in my diet any longer.

I will continue to take 4 turmeric capsules for the rest of my life. Turmeric is an amazing super food, with incredible health benefits.  I believe that turmeric played a very important role in curing my arthritis. I have now been free of arthritis for 18 months and it is so wonderful to feel normal again!

I thank God for guiding me to avoid wheat in my diet and to cure my arthritis with organic turmeric.