Last week, a 40 year old male client with phimosis, booked a Lingam bodywork session with me. During his bodywork session, I observed that he had an extremely tight foreskin, that would not retract over the head (glans) of his penis. (see right Fig 1)

As this gentleman’s Lingam bodywork session progressed, I witnessed an erect penis, with an extra extension of thick and meaty foreskin, which completely covered the head of his penis and extended a further 3 cm’s in front of the glans.

Occasionally, I see men with Phimosis. It can be a challenge, giving Lingam bodywork to these men, because they are harder to arouse and build to orgasm. It seems that their extended foreskin hinders feeling and sensation. Men with Phimosis don’t seem to experience the same intensity to sensual touch as an uncircumcised man whose foreskin retracts naturally or a man who has been circumcised.

At the end of this man’s session, and after he had ejaculated, I noticed that 90% of the semen he expelled was still sitting inside his tight foreskin. This really peaked my interest and I asked him if he had any children? His reply astounded me, he told me that he had been diagnosed with a low sperm count, his wife did not fall pregnant naturally and their two children were conceived through the IVF program.

It does make me consider, whether this gentleman’s low sperm count was the result of his Phimosis (overhanging tight foreskin). I am baffled, as to why his doctor did not examine his penis, prior to his wife going through IVF, and then discover that he was unable to successfully squirt a full load?

Pronounced “Fi Moze Is” is a state in which the male foreskin is unable to retract properly from the head of the penis (or glans). This is due to an unusually tight foreskin. The causes of a tight foreskin can vary, but most commonly it is simply because males are born with it that way. Usually the condition resolves as the male develops into adult-hood. However, a proportion of men can have phimosis persist into later years, with a spectrum of presentations. Also, over time it can also be exacerbated by tearing of the opening of the foreskin, which leaves little scars. This can leave a fairly right rim of scar tissue.

Incidence of Phimosis varies, but it is thought to be as high as 1-5% of the male non-circumcised population. The absolute incidence is much higher in Japan, which has never had a cultural practice of circumcision. 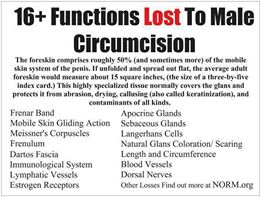